Programs aimed at the prevention and treatment of HIV/AIDS cannot succeed without challenging the structures of unequal power relations between women and men, including marital rape, economic and emotional abuse, violence, and threats to evict a woman from her home.

To date, project partner, Edzimkulu, has trained more than 120 facilitators to conduct Stepping Stones groups throughout the district. Stepping Stones is a program which is based on the relationship between HIV infection and gender inequality. 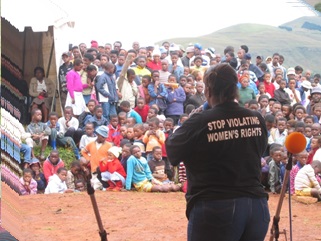 Gender issues are a primary cause of infection

Gender inequality and violence against women (VAW) are among the most serious social issues around the world.  These issues are especially important in South Africa, where a woman is raped every 26 seconds, and every 6 hours, a woman is murdered by her intimate partner.

In South Africa: women who are beaten by their partner are twice as likely to become HIV positive, and women ages 15-24 are four times more likely to become infected than are men in that age group

In the district where Edzimkulu does the majority of its work, HIV prevalence in women peaks at up to 47% (men 37%). 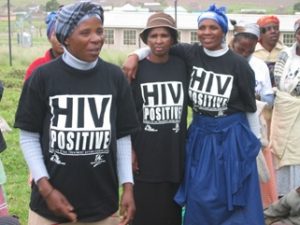 While virtually everyone in South Africa understands that HIV transmission in the country is primarily a result of unprotected sex, the behaviours have not changed and thus the rates of infection have not decreased.

The “Action Gap” between knowledge and behaviour change is a result of attitudes and beliefs that prevent people from acting on their knowledge.  Change must centre on the empowerment of women and girls, and the transformation of social norms around what it means to be a man.

CFC has enjoyed a successful and growing partnership with Edzimkulu since 2013.  Edzimkulu began working in the village of Ndawana in 2003, where they built, with the villagers, a community centre and clinic to work in the AIDS epidemic.  Edzimkulu at Ndawana has been recognized as one of 18 sites at the national level for best practices in community oriented primary health care and integrated management of childhood illness.

The ability to negotiate safer sex is critical to a woman’s ability to exercise her sexual and reproductive rights and is of crucial importance for the prevention of HIV/AIDS.