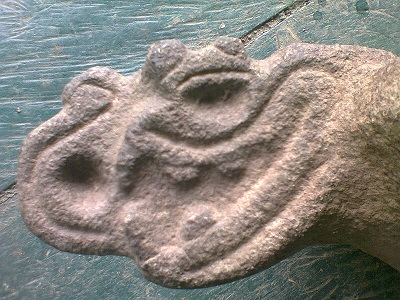 Nicaragua is not a country traditionally associated with Mayan ruins. However, long before the Bosawas was established as a UNESCO Biosphere Reserve, long before Change for Children constructed the Casa Verde in the rainforest, and long before the Misquito and Mayagna people inhabited the region, archaeological remains suggest that the Bosawas biosphere played host to a civilization who came before. Way before. The discovery of artifacts in the Bosawas suggests an ancient civilization dating back to the time of the Mayans.

Research uncovered a history of archaeological expeditions into inhospitable rainforest (primarily on the Honduras side) dating back over a century, the lore of an ancient mythical lost city (La Ciudad Blanca), and the possibility to obtain access to a new technology (LIDAR photography) that would allow researchers to seek ancient settlements and human-constructed landscapes buried deep beneath dense forest canopies.

With the potential for historically significant sites to be found not far from the communities that Change for Children has partnered with for over 12 years, we felt a responsibility to dig a little deeper with a mini-expedition of our own. And so, we solicited the help of the most qualified man for the job. Juan Francisco Barquero. A man who spent ten years training the forest rangers who patrol the protected Biosphere reserve, and who knows every square inch of the Bosawas. He knows the dangers, has the trust of the people, and respects the culture. Armed with a machete and a mission, Juan set out into the jungle.

He emerged with the accounts of elders telling of their discoveries over the years, with photographs of treasures found by those who inhabit the area, and with a confirmed interest of the local people to lead expeditions to locate artifacts. 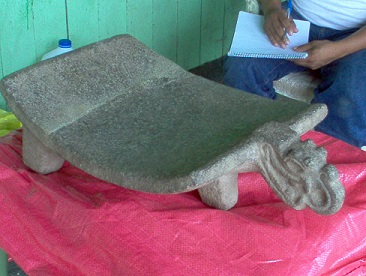 The relative inaccessibility of the region has historically deterred archaeological investigation in the region; however, under the capable guidance of Juan Francisco Barquero, a team of Nicaraguan archaeologists will be joining the CFCA Travel Tour into the Bosawas in January to get a closer look.

The recent advance of the agriculture frontier into the rainforest in neighboring Honduras (just across the Rio Coco) has brought with it clear-cutting, burning, and the certain destruction of concealed archaeological sites. Archeological sites within the Bosawas, as yet largely untouched by outside influences, represent a chance to honor the culture of the indigenous people that CFCA works closely with and to further protect the forest from the practice of slash and burn agriculture and the interests of international mining companies all too eager to breach the boundary of the Bosawas biosphere reserve.

Time will tell what further exploration of the archaeological potential of the area could mean for the Bosawas. It is the hope of Change for Children that bringing attention to archaeological sites in the Biosphere Reserve will encourage the Nicaraguan government to further invest in the protection of the Bosawas.

International attention to historically significant ruins would support the indigenous government’s pursuit of a UNESCO World Heritage Site designation for the Bosawas and could create income generating opportunities, through eco-tourism, for the people of Northern Nicaragua.

Change for Children is not an organization traditionally associated with archaeological pursuits. However, it is an organization with a history rooted in cultural heritage preservation and environmental protection. For the past 12 years, CFCA has been dedicated to protecting the Bosawas biosphere reserve and preserving and honoring the culture of its indigenous inhabitants. I guess you could say it is business as usual.

If you would like to join the team of archaeologists in the Bosawas, join the Change for Children Travel Tour to Nicaragua, January 4-18, 2014.