Nothing quite as satisfying.

There is possibly nothing quite as satisfying as seeing something come full circle. Witnessing an idea, a notion, or simply a spark turn into something bigger. Something better. Something truly amazing, empowering. And, dare I suggest, also life-changing? I dare.

We had the opportunity to witness four such endeavors come full circle during our visit to communities in the Chinandega region of northwest Nicaragua who now have access to water. Four times we heard from community members who never thought they would see the day. Four times we celebrated together. Four times we met dedicated Water Committees. Four times we felt satisfied that support of the  Nicaragua Water Project continues to touch lives. To change them. For the better! 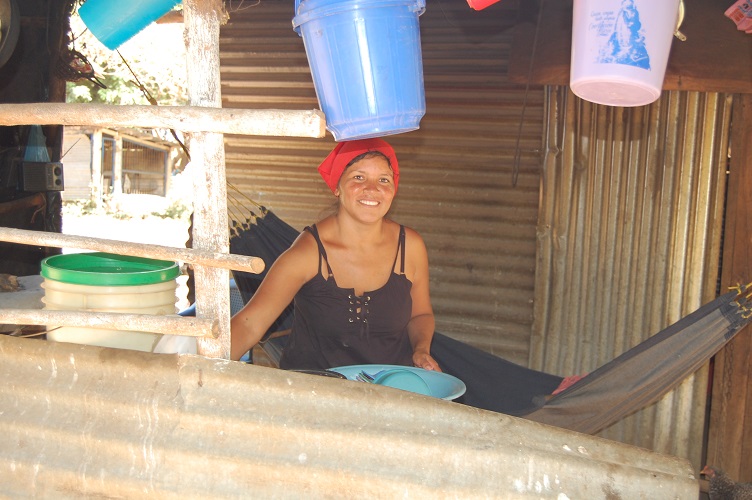 One year ago, we visited the community of Parque Memorial and returned with their story. Without water and with few resources, they identified their need.

At the foot of Volcan Casita, the community was devastated and thousands of lives were lost to a landslide brought on by Hurricane Mitch in 1998. The people had since chosen to return to their land to make a life. But, without access to water, life had not been easy. For people whose survival is primarily based on an economy of subsistence and the trade of goods made, produced, or reaped with their own hands, accessing water at the nearest water source, 4km away, came at a high cost — money, time, productivity. 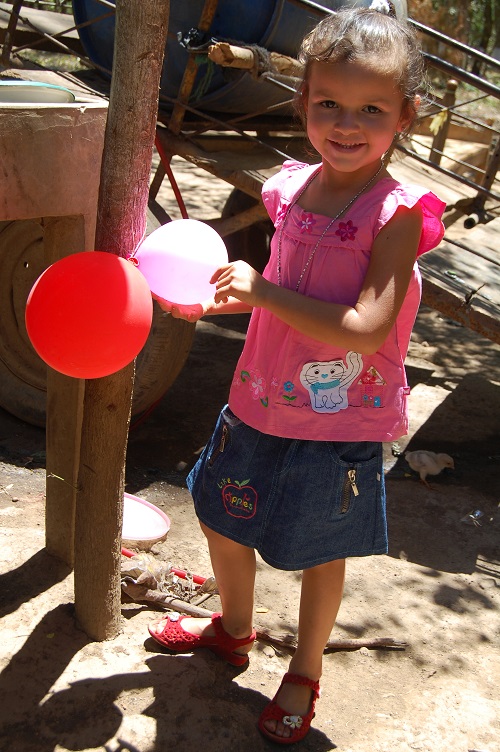 Today, we drive the same dry, dusty road we traveled a year before. Again I take note as the power poles run out and the road becomes a dirt path. But today, at the end of the line, where before there was but a dusty clearing, today there are palm fronds and balloons. Where before there was worry on the faces of those gathered, today there is only pride. Thanks to generous supporters of the Nicaragua Water Project!

The crumbling structure that once marked the location of the abandoned well shaft has been reinforced and, now painted a bright blue, supports the community’s water tank. The water pump in this off-the-grid community is powered by six solar panels erected on a structure nearby (and is of course adorned with balloons for the occasion!). 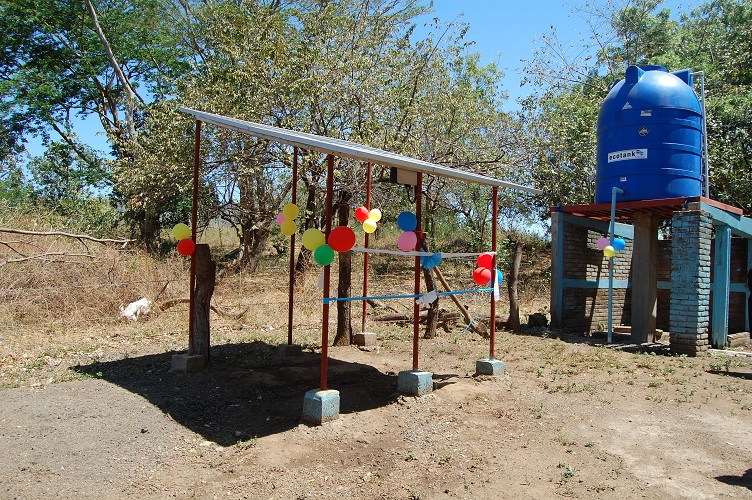 Declared by the community as being on holy ground, the solar well installation, made possible in part by the support of the energy4everyone foundation, has been delivering clean water to this community of forty families for six months already. But, after years of going without, the novelty of having access to water has not worn off in the least. A pinata-worthy celebration, unfathomable only one year ago, ensues! 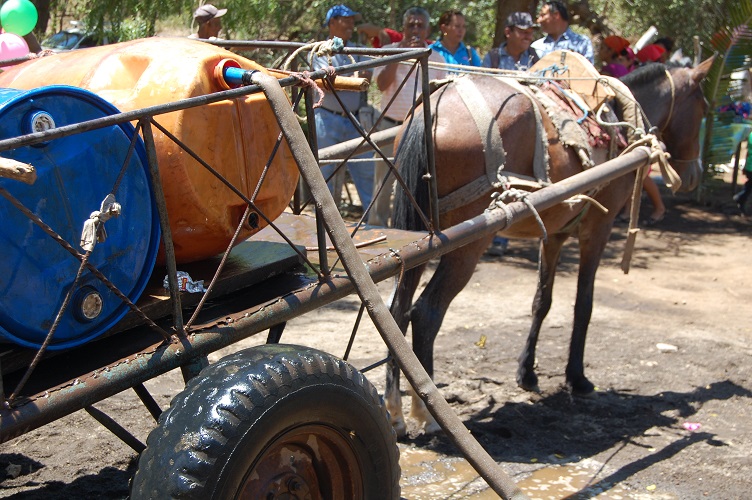 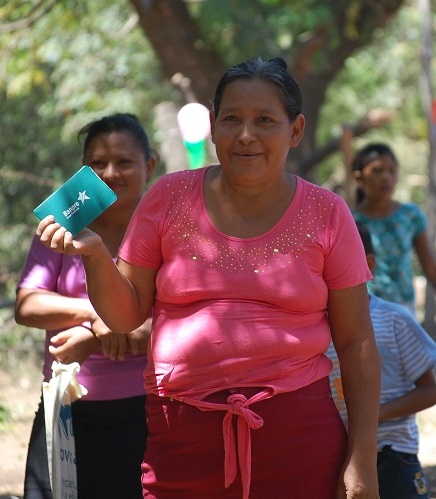