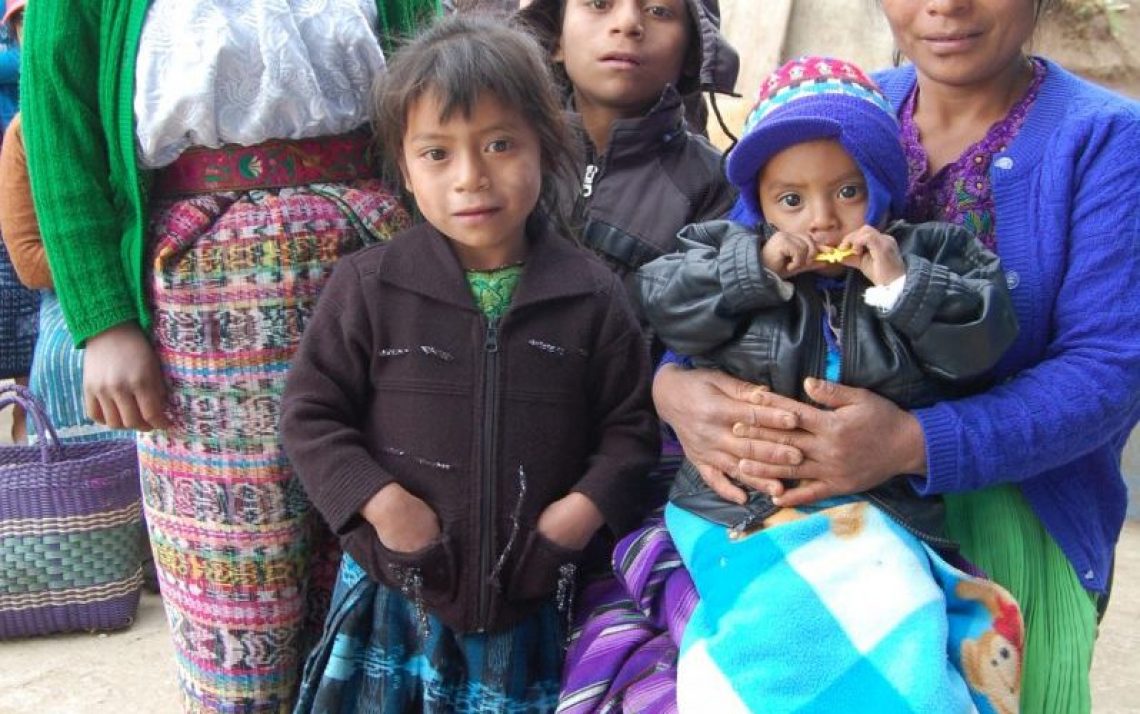 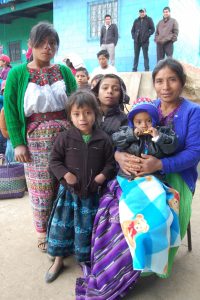 It is said that 90% of communication is nonverbal. Nevertheless, with a when in Rome attitude, I ask our local translator the Mam word for Good Morning. There isn’t one, I learn. The Mayan Mam people simply use a hand greeting. A soft handshake followed by the touch of one’s forehead with the same hand.

I kneel down to say hello to a woman with a small child on her lap. Before I can get out the words to wish her a good day in Spanish (uncomfortable being the initiator of a traditional hand greeting that I have only just learned), six-year-old Sofia pushes her way through the crowd and confidently and deliberately approaches me and extends her hand in my direction. Although the words that follow are unfamiliar, I hear the smile that stretches across her face loud and clear. It speaks to me.

Sofia and her family walked for an hour to arrive at the clinic set up in the recently constructed school built by Change for Children, a walk that she takes with older sister, Rosalinda, and brother, Enrique, each day. The siblings wait patiently, but also nervously, in line for their turn. They have never seen a dentist. Although there are private dentists in neighbouring towns, they are costly, and in a country with the highest rate of malnutrition in Latin America, dentistry is not often prioritized in the spending of a large family’s small income.

Later on, Rosalinda waits in a new line in the classroom designated for dental hygiene. Enrique, with gauze in his cheek, waves goodbye as he leaves with a new ball cap on his head, a new trinket in his hand, and a small hole in his smile. I watch from across the schoolyard as a dentist comes over to receive Sophia. He kneels down to put her at ease and before he gets a chance to practice his newly acquired Spanish vocabulary, she extends to him that same brave hand and that same brave smile. He smiles back. Both speaking volumes.