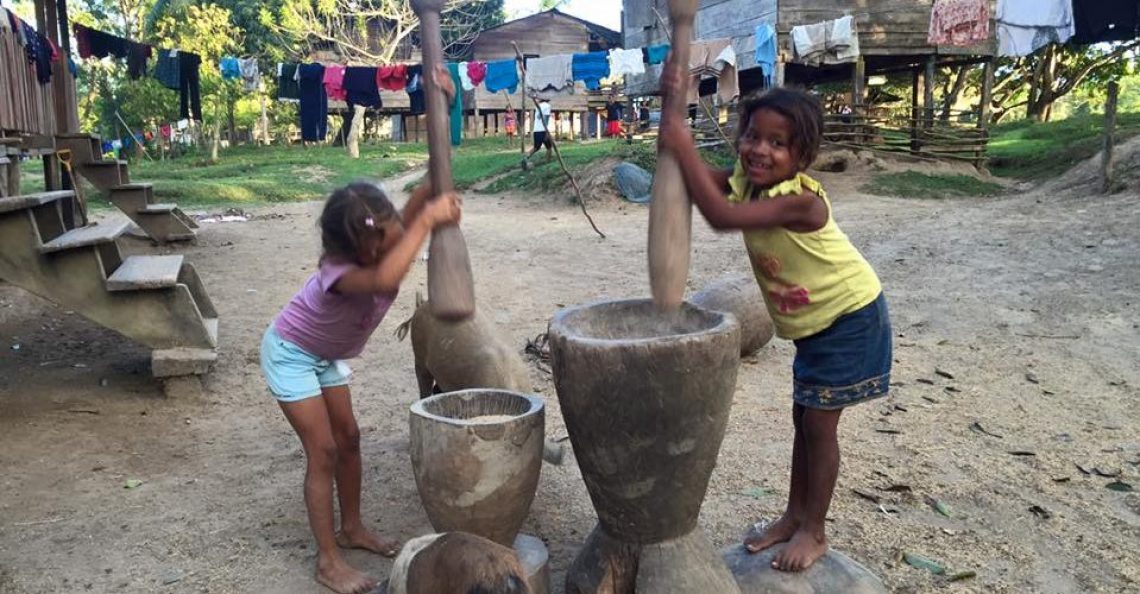 A dream declared becomes a goal.

Maria is in the 6th grade of primary school, the eldest of 7 brothers, and the daughter of a humble peasant Miskito farmer in the community of Pamkawas located along the Rio Coco in the Bosawas. Every afternoon she helps her parents in the work of their small farm growing taro, yucca, and rice. In addition to helping with the agricultural work, Maria helps sell some of the modest harvest within her community and also on the banks of the river to boat traders travelling from upstream Wiwili. Maria maintains a keen interest in her studies despite her parents’ reluctance to send her and her considerable responsibilities at home. She gets up daily at 4:30 am to help her mother make tortillas, and after breakfast she dons her tattered white and blue uniform and sets out on her journey to school through the rainforest. On her way, Maria daydreams of being a doctor.

A goal pursued becomes a plan.

Maria, now in her final year of secondary school, attends classes with much dedication. A new secondary school built by Change for children in the heart of her community has allowed Maria to continue her studies beyond primary school. Money continues to be scarce for her family. Maria’s parents want her to marry so that she is no longer under their charge. But Maria has other plans. Despite how impossible it seems, Maria still dreams of being a doctor. While her community has a government health centre, it is frequently un-manned as doctors, not local to the area, travel in and out for months at a time, leaving her community vulnerable. In her final year of high school, seeing her potential, Maria is offered a scholarship to continue her education – a rare opportunity to fulfill the dream that has consumed her life.

A plan with action becomes a dream come true.

Today, Maria is on her way to receiving a degree in general medicine. She looks forward to returning to the Bosawas to help her family and to give medical care to the children, youth, and adults in her community. She will become one of fifteen people in the Bosawas who hold a bachelor’s degree. As an educated woman, she is more likely to delay marriage and childbirth, to immunize her children, to improve her family’s earning potential, and to contribute to the prosperity of her community.