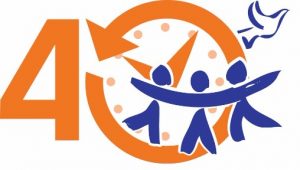 1976  Change for Children is founded by Hank and Tillie Zyp.
1985  CFC is the top recipient of Federal Grants through CIDA’s Alberta Small Projects Program.
1995  CFCA plays a lead role in the creation of the Alberta Council for Global Cooperation, which is officially launched in 1997.
2002  Current Executive Director, Lorraine Swift, joins CFCA as the International Projects Coordinator.
2016  Change for Children holds its 40th AGM and closes the 2015-16 fiscal year with record high donations. Thanks to you!