For the second year in a row, 100 members of the Lloydminster community rallied together at a gala event, One Well at a Time, to support Nekky Jamal’s Quench campaign. For the second year in a row, one hundred tickets sold at $100 each funded a community water well! A delicious meal donated by Lower Shannon Farms, many hours of volunteer time by a dedicated community, and a spirited auction all contributed to an event that left organizers and attendees alike feeling pleased and proud that a small group of people can contribute to something pretty extraordinary.

The event, championed also by the Border City Rotary Club and the Lloydminster Rotary Club, was held at the Courtesy Air Hangar. The venue was graciously offered up by owner Marty Fowler who himself funded a water well in 2016 and looks forward to doing so again in 2017. The generosity in the hangar turned into the funding of not only one, but three community water wells for the Nicaragua Water Project! 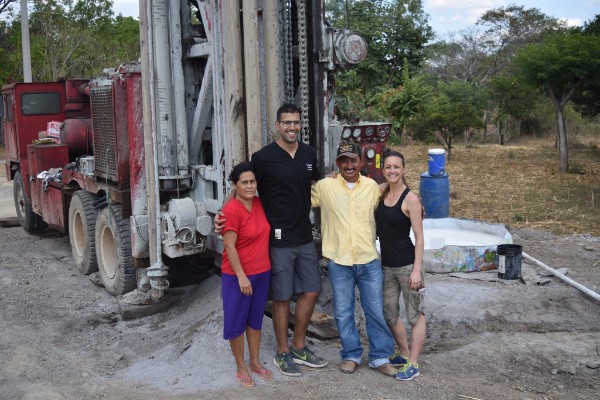 The first well funded by this year’s One Well at a Time fundraiser has recently been drilled in the community of La Ceibita in Somotillo, Nicaragua.