We follow Martine through her gate and into her yard. But we are not the only ones to follow her lead. An entire group of women is copying her every move. Copying – not only the highest form of flattery, but also the strategy upon which the use of trained agricultural promoters to disseminate information to local groups relies.

Martine candidly admits that the role of agriculture promoter in her women’s group landed in her lap because nobody else wanted the job. But now that she has assumed this role – she takes great pride in it. She leads.

Martine attends workshops and learns skills to bring back to the communty to teach the other members of her women’s group.

Her three sheep, acquired through a micro-loan, poke their heads through vertical tree branch bars to eat the corn stalks and husks from last year’s harvest out of the carefully constructed manger — a skill she has learned through the project, and shared. 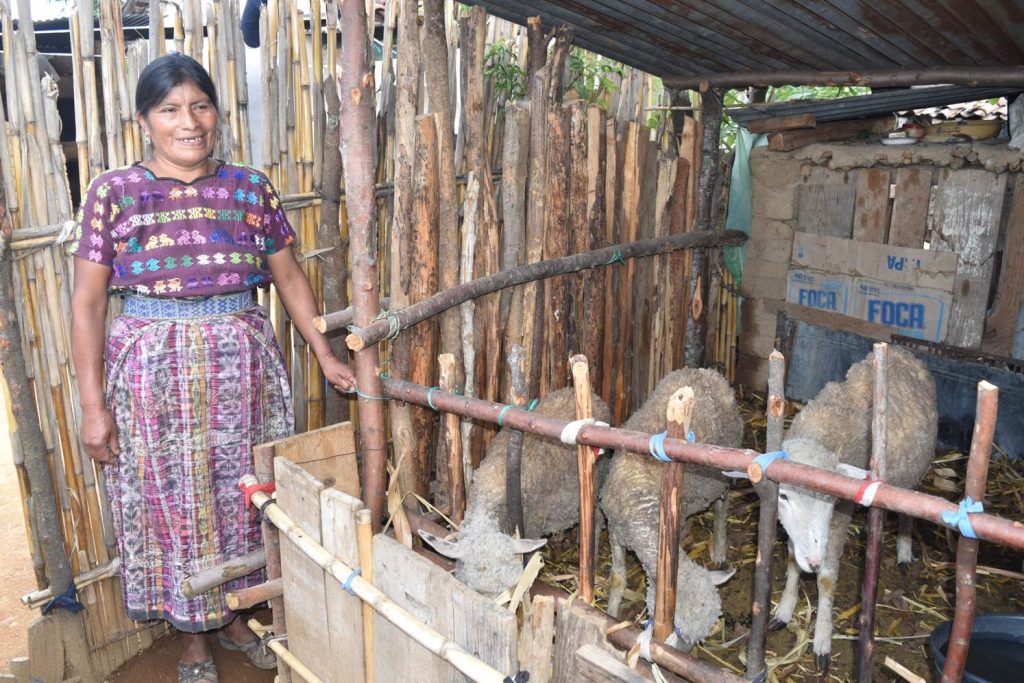 She and her husband built their chicken coop after a promoter workshop. She simply copied it, she relates. And that is the idea. Tried and true techniques are passed along in this way.

She now giggles when she recalls that she and the others used to feel bad for penning up the chickens. Free and be free, they thought. An admitted skeptic, her caged chickens are bigger than ever before and disease-free. And they get tucked into their night accommodation to safeguard against coyotes. She is protecting her assets, everything she has worked for. And everything she takes pride in.

Threads of Opportunity.
Stitched together by you.