Migration from Central America to the United States is a complex issue. With root causes steeped in history, corruption of public authorities, trade agreements that favour multi-nationals at the expense of local livelihoods, violence fueled by gang activity, food insecurity exacerbated by climate change, poverty, and unemployment all contribute to a culture of fear for the future for many — a fear founded in lived experience. A fear of loss of livelihood. Because without the ability to sustain one, migration is often seen as the only means.

Change for Children has been working in Guatemala for over twenty years, extending education opportunities in remote rural communities and implementing food security and sustainable agriculture projects to help farmers diversify their crops and sustain themselves and their families in the face of climate change. Improving quality of life so that migration becomes less frequent is at the forefront of our activities.

Too often, the American dream dies before it begins. It has been ten days since 16 Guatemalan migrants killed in Mexico on their way to the United States were laid to rest. It has been two months since their deaths — tragic casualties of a turf war between Mexican gangs over control of smuggling routes. It has been far too long that migration north by Central Americans trying to escape poverty has meant risking everything.

Eleven of those killed were from Comitancillo — from families who borrowed money, gave up deeds to homes, or sold everything to fund the dangerous journey of a family member determined to find work and wealth to make it worthwhile. Each looking for a way to better the lives of their loved ones in Guatemala’s highlands.

We are devastated to learn of the violence that has been inflicted and share in the grief that consumes the community with which we have been connected for decades. With local partner, AMMID, it is our goal to continue to invest in education in Comitancillo. It is our mission to increase the options available to rural youth as they look to the future — to provide education that translates into employment opportunities and to support programs that result in economically sustainable communities. It is our hope that the clearest path to a means will not always mean migration, for many.

We are optimistic as Kamala Harris, in her new role as Vice-President of the United States, has been charged with developing a root-cause-strategy, through investment and economic support, to improve conditions in Central American countries, with the goal of reducing the violence and poverty that often drive families to seek refuge in the United States. We too believe that investing in community infrastructure and education in Central America, rather than increased investment in Northern border protection, is a more sustainable and long-lasting way to reduce migration.

Our hearts are with our Comitancillo community. 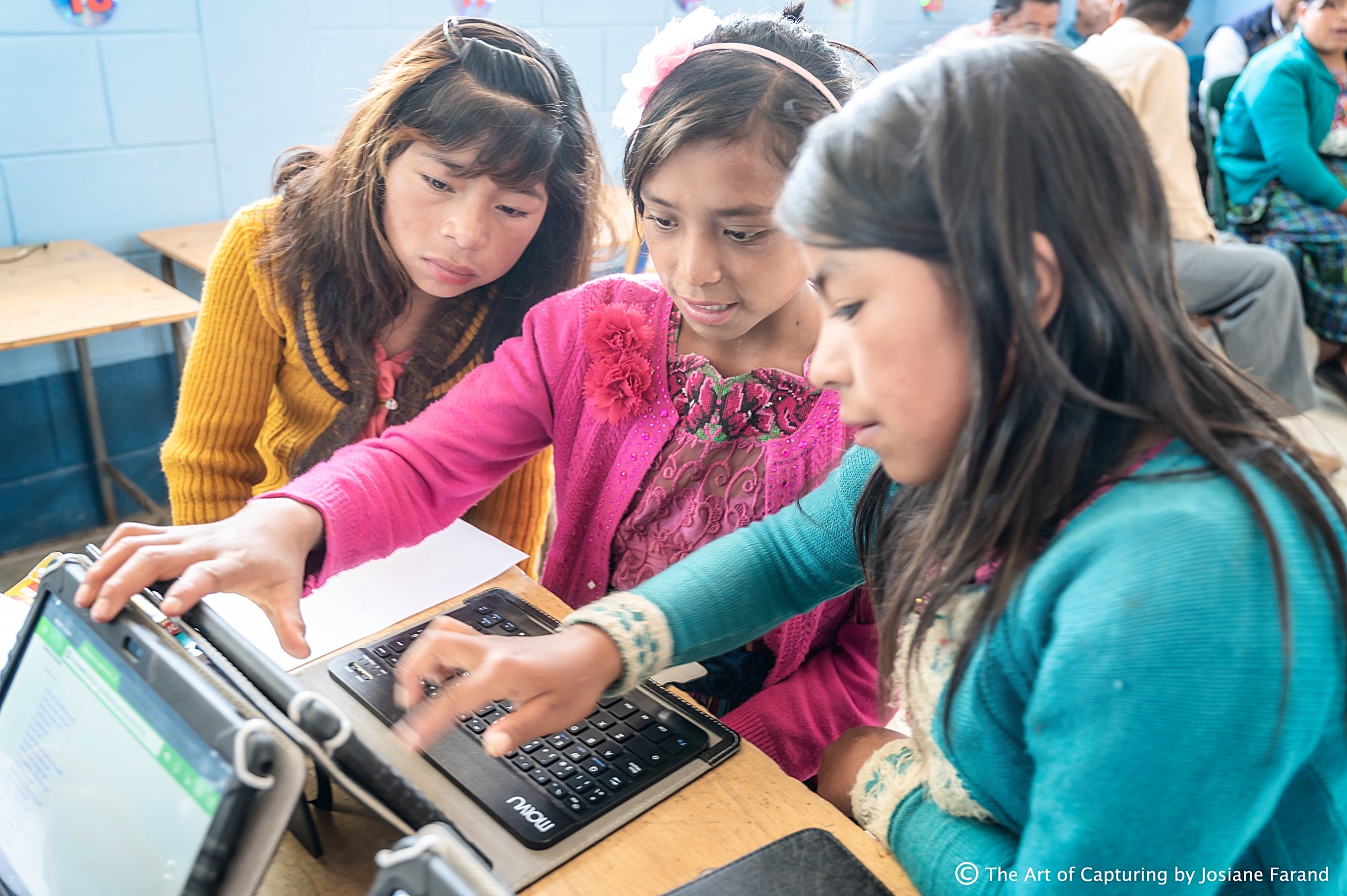 Change for Children’s Technology for Improved Education project has improved quality of education and education outcomes for indigenous boys and girls in Comitancillo, Guatemala.

Change for Children’s Community Food Security project has helped farmers increase agricultural yields to feed their families and to produce export crops to diversify income and stimulate the economy.