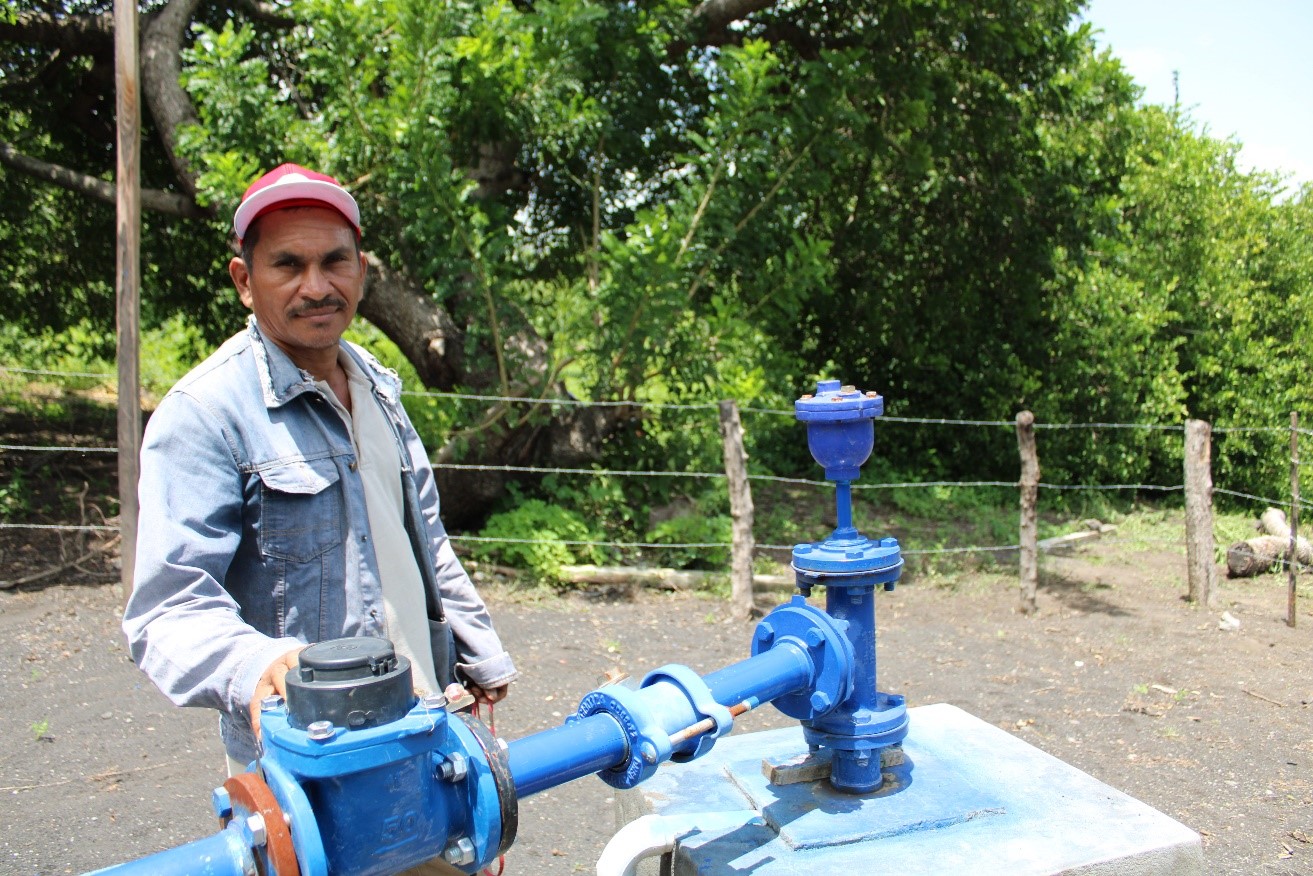 “Anything can be learned when there is a will to do so. I have learned to have communication with my community, and to accept each one of the people of my community. The important thing is that we are achieving what we desire for our community. I live in Lechecuago, an isolated community six kilometers from the Cerro Negro volcano, in an at-risk zone where, due to the scarcity of water, people were leaving the place. One can see the suffering of the older people. Water has been the hardest thing to get.

When the community elected me as president, everything had been abandoned. The water service benefited 30 out of 80 people. That was when the water system passed into the hands of the community in 2008. Since then, I have been elected twice. The love for my family and my community has motivated me and made me feel satisfied.

The truth is that I have learned by doing in the field. Organizations or NGOs have had a lot to do with it, because they have trained us in what we need to know. Among my greatest difficulties or weaknesses was speaking in public and being in meetings. At first we felt pressured. This is what the trainings have helped us with. The truth is that one is born small and grows over time.

It makes me very sad to remember that when we managed to activate the well with the purchase of an engine, in that same week of launching it, it burned out. In those three months of being without water, we would run five kilometers to fill cans and tanks with water. Personally, I was in charge of making requests to the Mayor’s Office asking why they did not send the water pipes. As a committee, we could not continue like this, with this uncomfortable situation. We had been elected to do something about this, and the community gave us the mandate to take action.

Our problems were serious. People told us that we were wasting time; that we were not going to achieve anything – no benefit. My wife told me that I should no longer put up with people talking bad about the committee. I told her to wait and see, and that if we succeeded in this project, we would improve the lives of all the families. A section of land here was very cheap, because there was no water. Water gives land value. Now I am proud to know that my community is moving forward.

When the lawyer came to review our legal status with the property of the well and where the tank is, we even cried because we found out we only had a permit to the land, but did not own it. Then came the joy when they told us that the project was coming and that we had to do our job of legalizing properties and other contributions.

Now with the entire drinking water system complete, the community has water all day, every day. They have time to carry out other tasks, and they have improved hygiene and have better health.”

In The Field Central America and the Caribbean Nicaragua Water