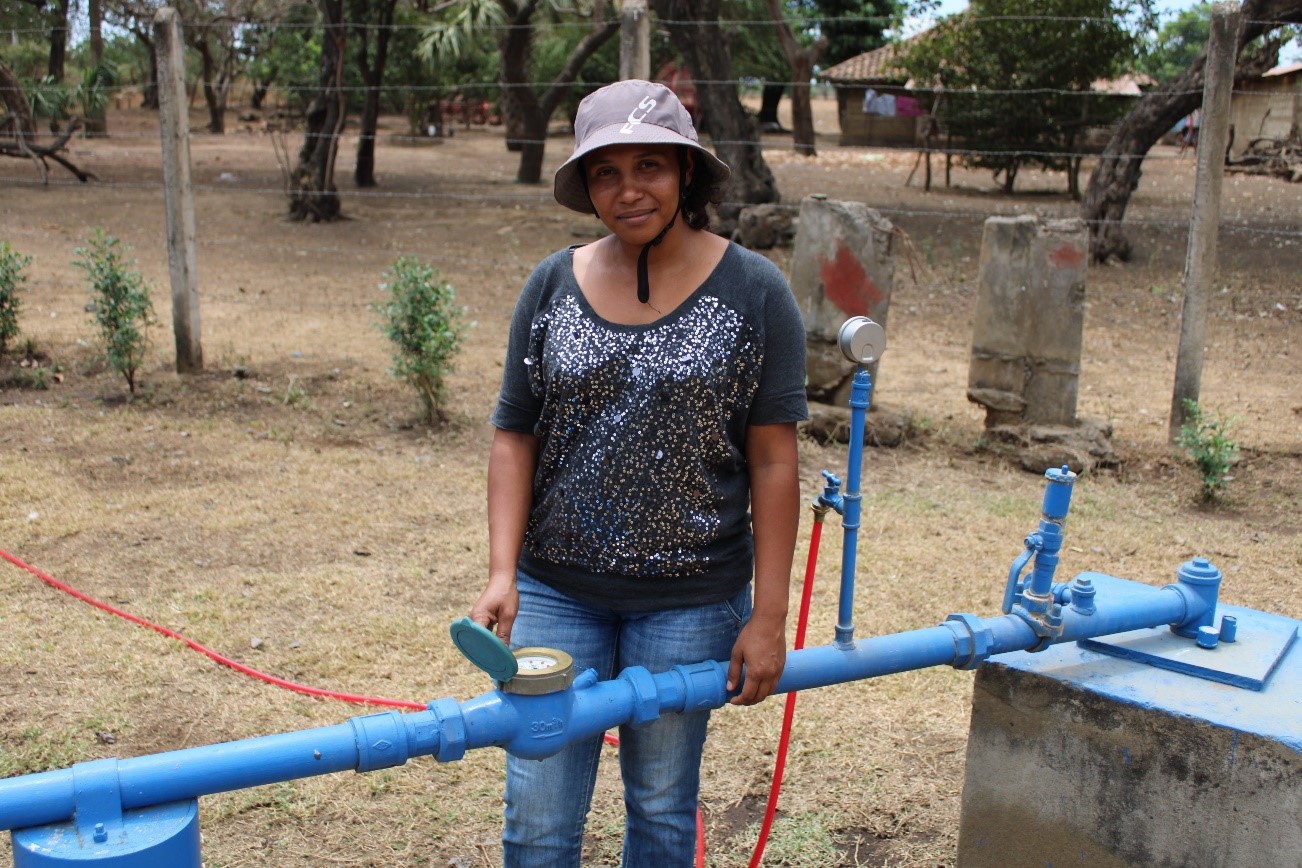 “We are the first to get up and the last to go to bed; I encourage women to get involved in the community.”

“In my studies, I reached the fourth year of Secondary Education. I thought to continue studying, but it is very complicated when you already have two daughters: one 11 years old and the other 16 years old. I prefer that my daughters study. Studying for me is an extra expense. I lived for several years in the El Platanal community because of my partner’s work issues, but because of my eldest daughter, whom my mother cared for, I returned to Los Remedios in the municipality of Quezalguaque.

When I heard the word CAPS, I didn’t understand what it was. I started going to the meetings representing my mother as a water user. That is how I began to become familiar with the environment of local water governance. I saw the Committee organized, they visit the community members, and I got to understand better what the CAPS (Drinking Water and Sanitation Committee) meant.

When it came to choosing the vacant positions, I was surprised to hear my name among those nominated to occupy the position of President of the Committee.  I liked the vote of confidence but just thinking about what it meant, I felt insecure. Everyone has supported me in my learning. We have received talks on chlorination, also on the problems of the community.

To repair and upgrade our MABE (Mini Aqueduct for Electric Pumping) water system with solar panels, was achieved in parts. The CAPS reached this situation because in November 2019, the pump was damaged. We spent almost 25 days without water service with each family getting by as they could. We went to the mayor’s office but it was the end of the year, and they had no budget. We couldn’t find a way to solve it.

With this alliance with SIMAS/CFCA, the municipal government decided to allocate a complementary fund to these two communities with 90 water connections for 100 families who were without water service. I remember that it was quickly decided. The equipment was bought, the tank was painted with its structure, improvements were made to the electrical system and the fence was built to secure the perimeter where the water service system is located.

When I started attending the first meetings, I did not know much about these topics, but I have learned about the care and value of water. I am the guardian of the water.”

Central America and the Caribbean In The Field Nicaragua Water