By designation, biosphere reserves promote solutions reconciling the conservation of biodiversity with its sustainable use. But with every acre that’s slashed, every tree that’s burned, and every species that is forced from its habitat by the actions and illegal encroachment of settlers into protected territory, the sustainability of the BOSAWAS biosphere reserve in Nicaragua is under threat.

The BOSAWAS is made up of a buffer zone intended to accommodate regulated human activities like small-scale farming, and a protected core zone where Indigenous people have lived for thousands of years. Granted land titles by the government, Indigenous communities do subsistence farming on collective lands, hunt, and fish within the core zone. 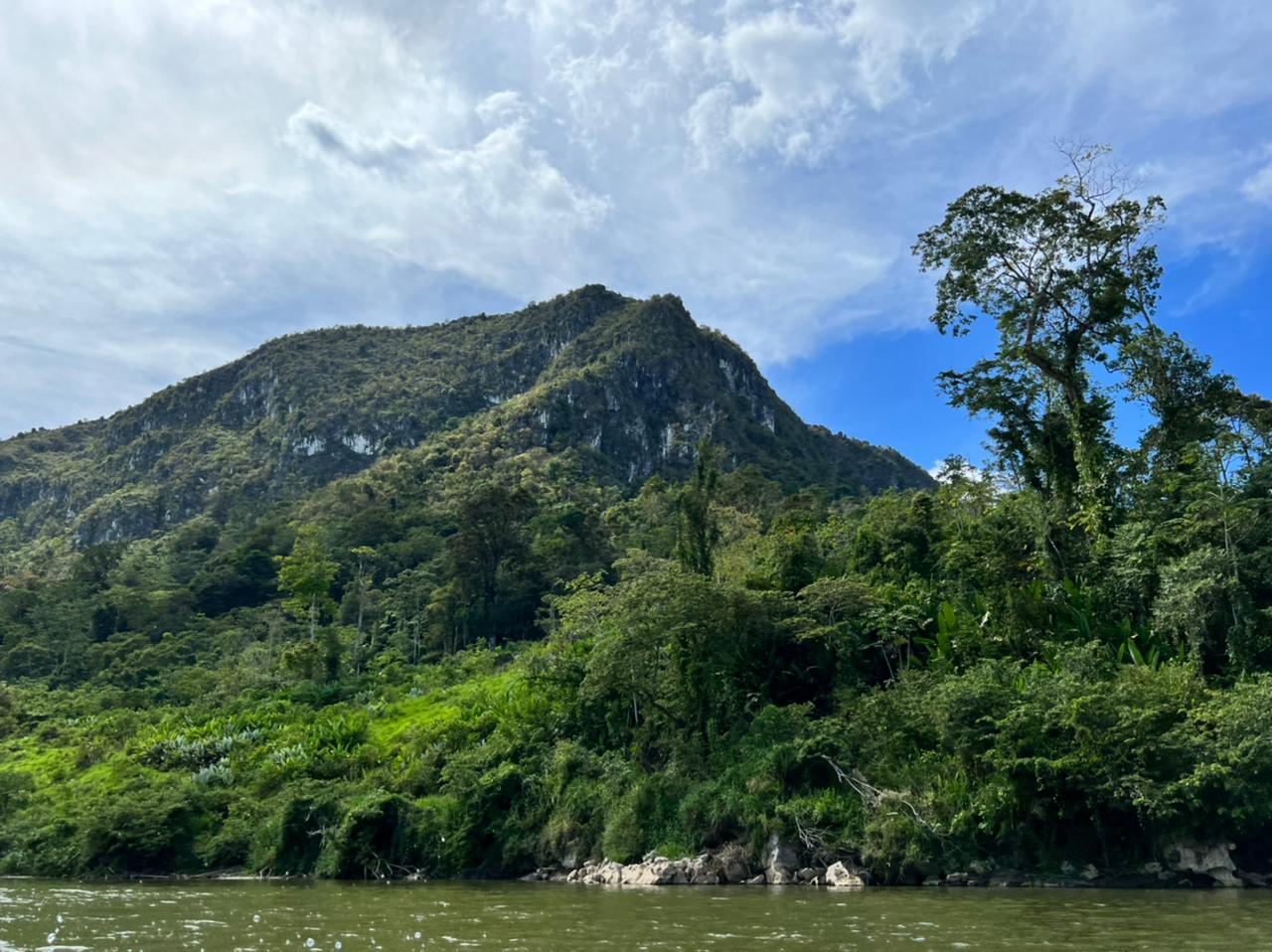 But as migrants move to the region in search of fertile land and space, the buffer zone is being breached, and the core zone is also being cleared, illegally and subversively, and sometimes even violently.

The Miskito Indigenous communities on the Nicaragua banks of the Coco River border need only to look across at the barren landscapes on the Honduras side as a cautionary tale. The consequences of lack of regulation and, moreover, lack of enforcement in deforestation prevention is as clear as the clear cut hillsides where cattle graze – a stark contrast to the lush forest that once was.

And while not obvious from the river banks or from the front porches of homes in the small Miskito settlements, deeper into the jungle, the forest on the Nicaragua side bears its own scars. A review of aerial photography charts the egregious dissemination of pockets of forest land – deep pockets in many cases – that reflect back as vapid black holes amidst the surrounding tropical jungle. 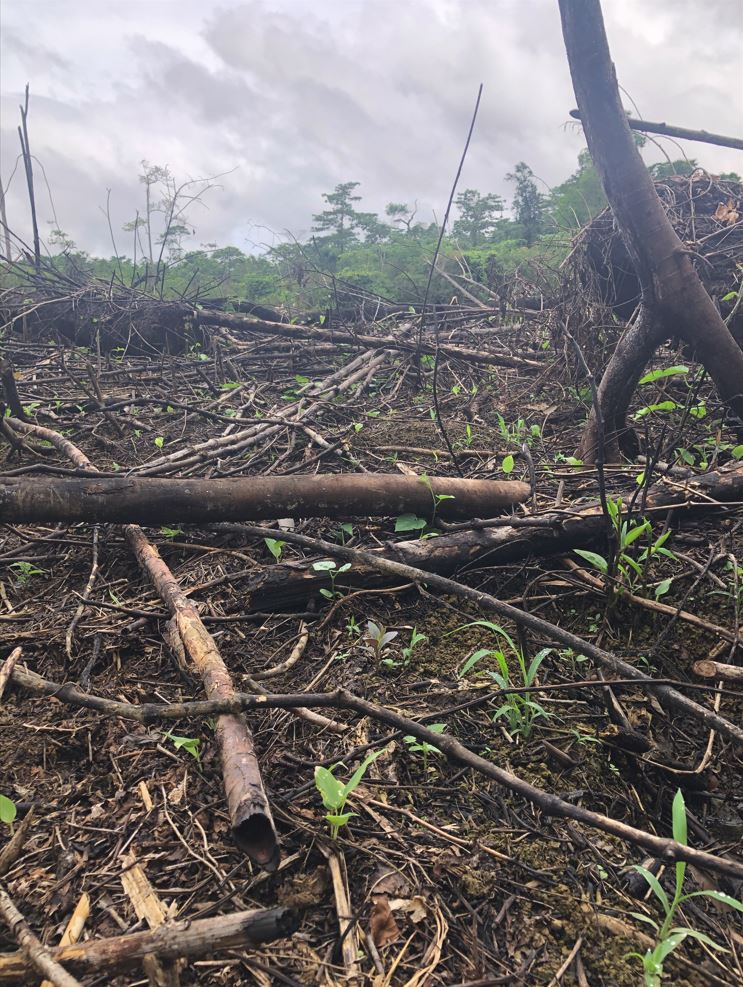 It has been estimated that over 30% of the BOSAWAS reserve has been cleared, leading to drying of rivers, altered ecosystems, animal migration, and, ultimately, altered climate. Rainforests play an important role in absorbing carbon dioxide, helping to stabilize the Earth’s climate, in maintaining the world’s water cycle through transpiration (which creates clouds) and producing rainfall all around the planet, and in releasing oxygen for our survival,

Miskito forest rangers, no longer funded by the government, were once tasked with patrolling, protecting, and preserving the territory. Volunteers, no less concerned for the forest’s fate, continue to take on the task, though less frequently. Without support for enforcement of violations reported and under threat of violent confrontations, this valiant Indigenous stewardship is sadly unsustainable. 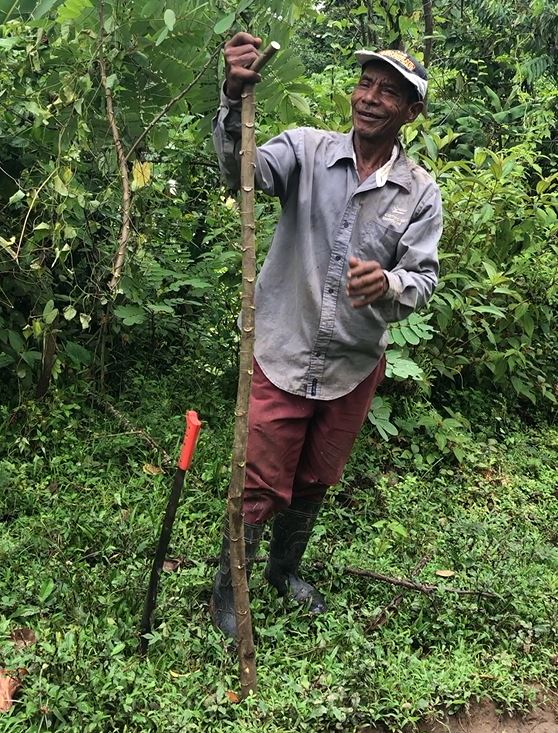 And so, Change for Children’s Local Knowledge; Global Goals project (with support from the Fund for Innovation and Transformation), is piloting a supplemental approach – one that aims to empower marginalized communities in the BOSAWAS to leverage local knowledge and technology to defend their rights – to defend the forest.

The use of Mapeo software (a mobile mapping app co-designed and developed with Indigenous communities) in the BOSAWAS will enable local indigenous communities to engage in monitoring and documenting environmental and human rights information by adding local detail to satellite maps.

The first steps toward the use of this advocacy tool were recently undertaken by pairing forest rangers, who know every detail of the surrounding lands and territory, with students who know how to navigate technology. Prior to taking on the task of digital mapping and documenting, with the expert guidance of the forest rangers, students sketched out maps of their communities by hand. While the students had limited knowledge of things like territorial boundaries and special sites, they were eager to learn from the forest rangers. 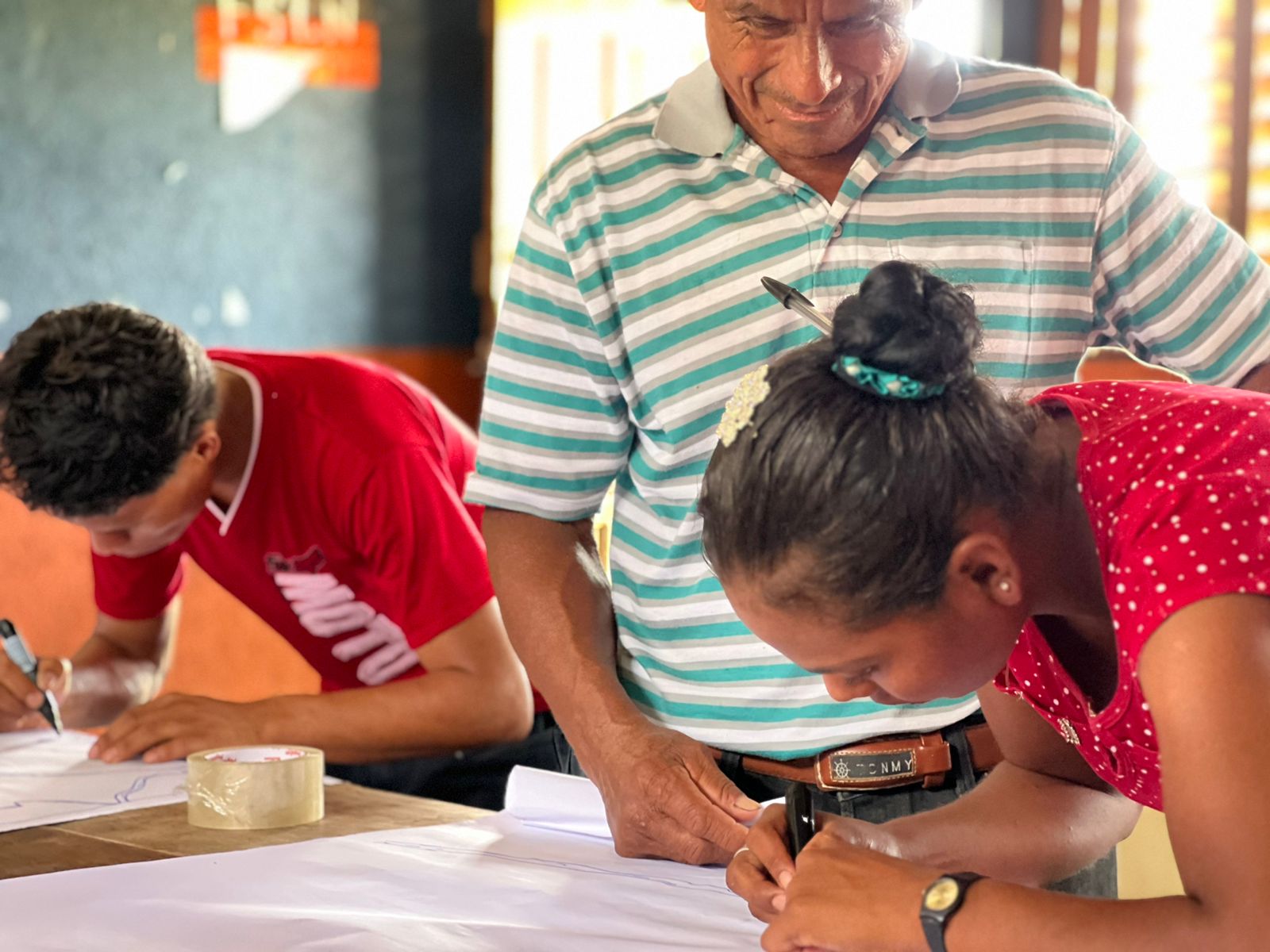 Next, Mapeo was introduced as a tool for use by earth defenders, and training on how it can be used to protect and preserve their lands and their resources began. And while the forest rangers were not adept with technology, they appreciated the digital savvy of the students. The knowledge exchange and cross-generational pairing of these two skill sets is a critical (and beautiful) partnership.

Mapeo, will allow the Miskito people to collect and document evidence of threats to the land (environmental or man-made), to document wildlife and altered wildlife patterns, to map important places and resources, and to record climate impacts. As evidenced by the use of Mapeo and territorial mapping to help other Indigenous groups to successfully halt resource exploitation, documentation supports community action, reports to authorities, the launch of media campaigns, and the creation of maps for land claims and territorial conservation.

Empowering and equipping communities with the technology to be their own voice for change plants the seeds of a new approach to environmental preservation for those firmly rooted in the rainforest and committed to conservation on behalf of all of us.

In The Field Nicole Farn