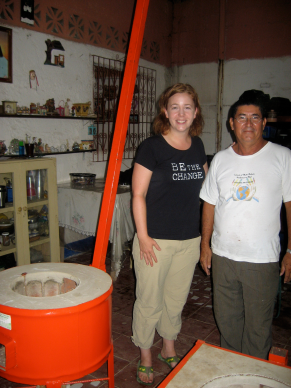 In July of 2010 I had the opportunity to participate in a program called “Just Teach”, offered through the organization “Change for Children”; this program involved a 15-day excursion throughout various regions of Nicaragua. As we visited different communities and interacted with the people that live there, we learned about many of the issues facing these different regions. The issues include both social justice concerns, largely stemming from poverty and the fact that Nicaragua is the 5th poorest country in the world, to environmental issues they are facing largely due to climate change. 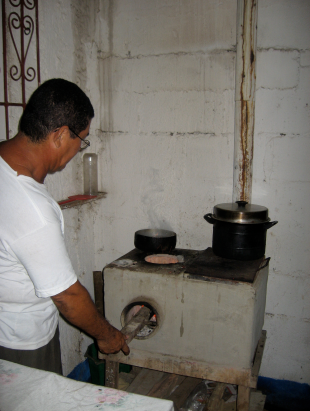 One of the coolest projects we were able to see first-hand was something called an “Eco-stove”. We even got to get our hands dirty and build one. This is where I was able to recognize the importance of science and innovation and how it really can change peoples lives for the better. An innovator named Juan Gutiérrez , recognized the fact that using their traditional stoves to cook on was causing some major problems for the people of Nicaragua. First it takes a lot of time to collect enough would to burn to heat up the traditional ovens, and then burning this wood creates significant carbon dioxide emissions which contribute to global warming as well as deforestation, and the smoke exhausted from these stoves is released into their homes and creates respiratory health issues for the people breathing these in on a daily basis. Juan came up with a design and several prototypes of stoves that would require merely kindling to heat up to the same temperature as the traditional stoves, and the Eco-stoves have a chimney attached to vent the smoke outside of their homes. He designed several sizes and cooking surfaces so the stoves could accommodate a regular home, or even a restaurant; the cost for each stove is minimal (starting at $80) for a home sized Eco-stove.

We visited a local rural community and were amazed at the difference such a simple innovation is making in the lives of the people living there. The owner of the home we visited said his family was very lucky to have an Eco-stove, and that they were very grateful not to have to spend so much time collecting wood to burn for cooking, and the chimney drastically improved the air quality in their home. He also said that the people in his village who did not have Eco-stoves recognized that their lives were much harder without this innovation.

This ingenious innovation requires one-third the amount of wood for fuel as a traditional stove. This means less time collecting firewood, less deforestation, and fewer hours for children away from home or school collecting firewood. I encourage you to support this inspiring innovation, and in the spirit of giving, purchase one for a family in need. I have seen first-hand the world of difference this makes for people. For more information visit the Change for Children website at: www.changeforchildren.org 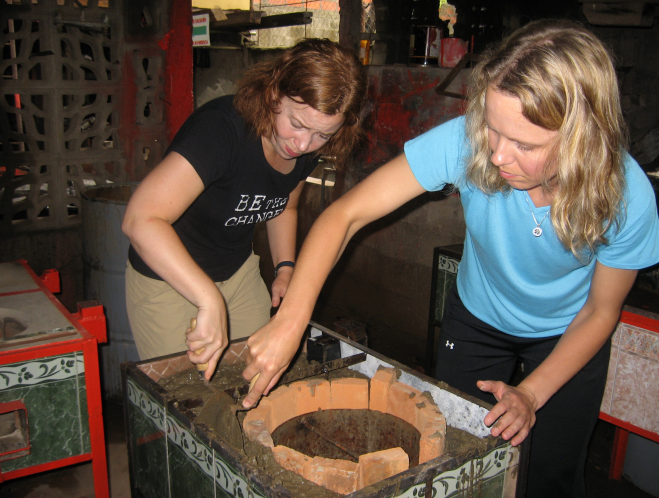